"Given competitively to a top-performing early career professional" 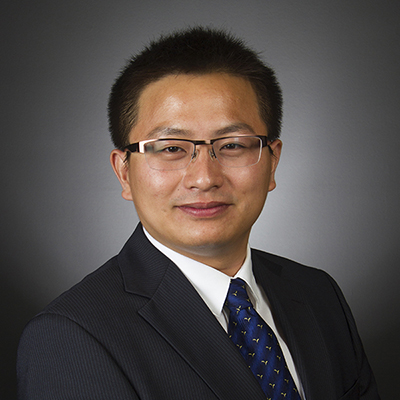 The Minerals, Metals and Materials Society (TMS) has named Yuji Zhao, associate professor of electrical and computer engineering (ECE) at Rice, the recipient of its Frontiers of Materials Award.

Established in 1871, TMS is one of the oldest national engineering societies in the U.S. The TMS Frontiers of the Materials award is "given competitively to a top-performing early career professional" in any of the TMS fields.

As a recipient, Zhao will organize a symposium for the TMS Annual Meeting Exhibition and deliver a keynote address. He is also invited to organize upcoming paper submissions to the society’s member journal, JOM.

Zhao earned his B.S. in microelectronics from Fudan University, China, in 2008, and his Ph.D. in ECE from the University of California, Santa Barbara, in 2012. Before joining Rice, he was associate professor and chair of ASU NanoFab at Arizona State University.

He leads the Wide bandgap Innovative Device Engineering (WIDE) Lab at Rice. The WIDE Lab seeks “wide understandings, wide approaches, wide applications, and wide impacts in fundamental science and novel device technologies.” Research at the lab focuses on the materials science and device engineering of wide bandgap semiconductors, such as gallium nitride, aluminum nitride and diamond, for energy efficiency, as well as RF and power electronics and quantum photonics applications.

He was the recipient of the 2019 Presidential Early Career Award for Scientists and Engineers and the MIT TR 35-China Award. He was also awarded the 2016 DTRA Young Investigator Award and the 2015 NASA Early Career Faculty Award.