“Your money is literally allowing us to build a satellite, put it into space and talk with it!” 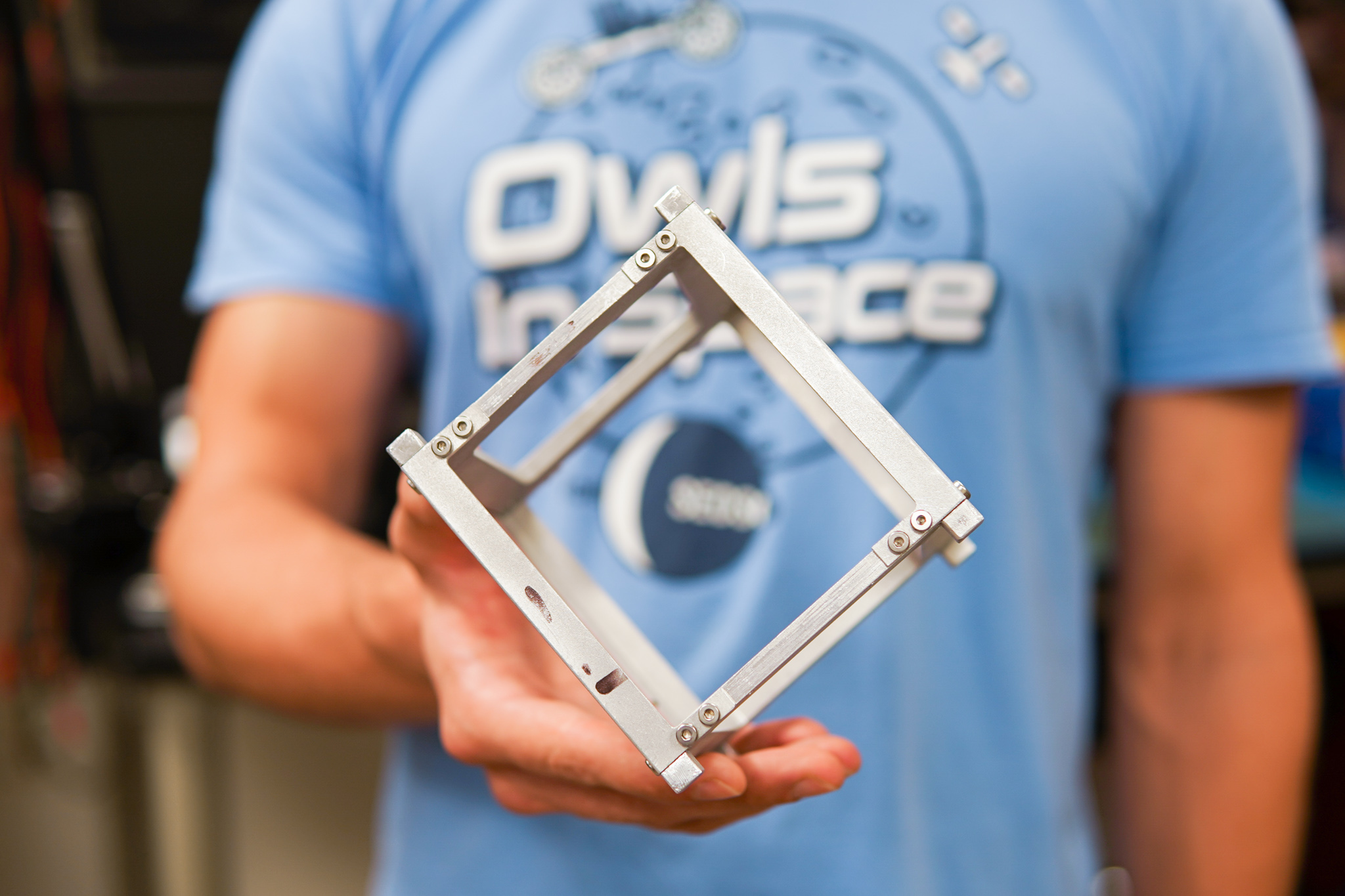 The Rice chapter of the Students for the Exploration and Development of Space (SEDS) has received a $4,000 grant from the Department of Electrical and Computer Engineering. Most of the grant will be used to purchase the ground station that communicates with a CubeSat satellite, and the remainder will help pay for building and launching the satellite.

“Your money is literally allowing us to build a satellite, put it into space and talk with it!” said Doug Steinbach, project lead and a third-year doctoral student in materials science and nanoengineering.

Steinbach earned his B.S. in mechanical engineering (MECH) from the University of Florida, heads the OwlSat project and manages the satellite’s mechanical team.

The OwlSat design proposal, developed by the SEDS chapter at Rice, is one of 18 selected by NASA for its 11th round of CubeSat Space Missions.

OwlSat is a CubeSat satellite that is small enough to be held with one hand. It is designed to record the sun’s extreme ultraviolet (EUV) radiation and track the satellite’s orbital velocity, position and orientation to observe how varying levels of EUV affect the decay rate of a satellite in low earth orbit (LEO).

The satellite will be equipped with six EUV radiation sensors to measure solar activity and an accelerometer to track the satellite’s speed.

The model made from the data collected by OwlSat will be used to help scientists and engineers to more accurately predict the orbits of space debris and small satellites, helping to avoid collisions and communication loss. 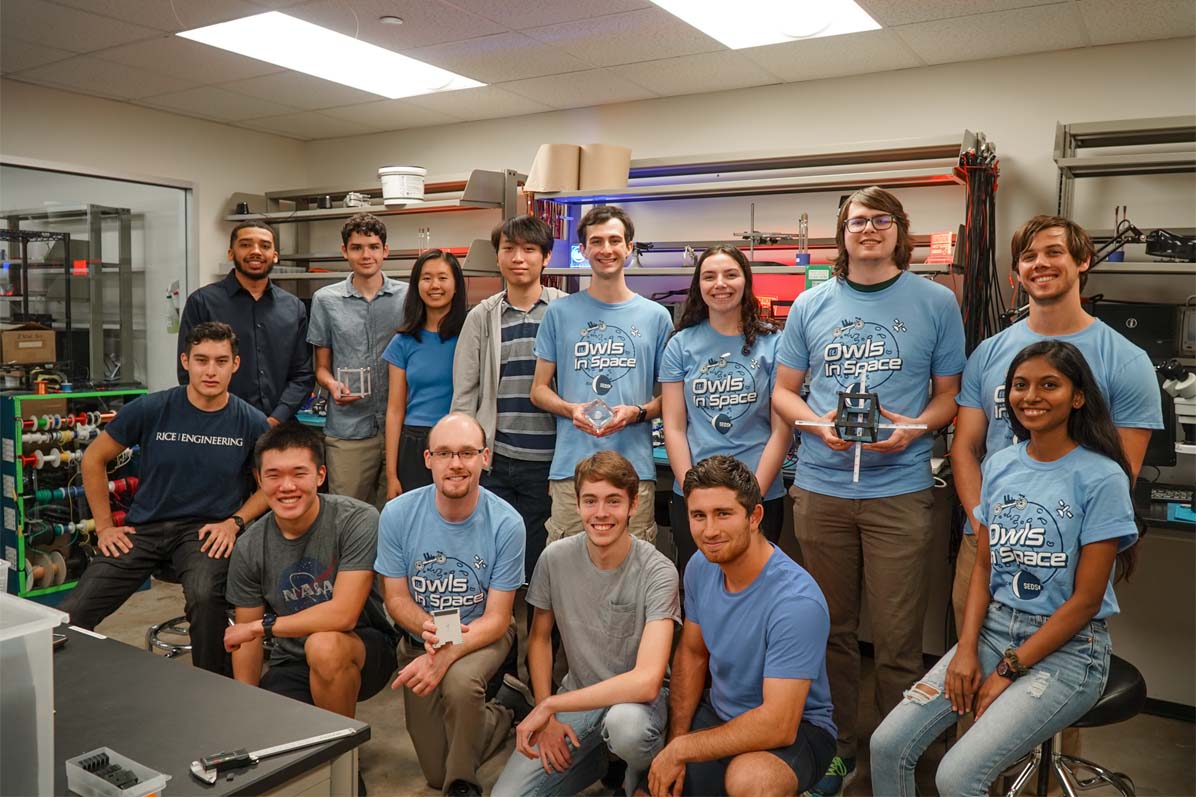 “The team has been challenged by the shortage of components brought on by the pandemic as well as the technical aspects of the task,” said Lianne Johnson, who heads the electrical team, “but we are learning from one another and there is healthy collaboration between the teams involved.”

Johnson is a MECH doctoral candidate and obtained her Professional Science Master in Space Studies Aerospace Engineering at Rice. She Oversees the development of hardware, software and its integration to meet CubeSat objectives.