“The GEM Fellowship will help me give back to my community” 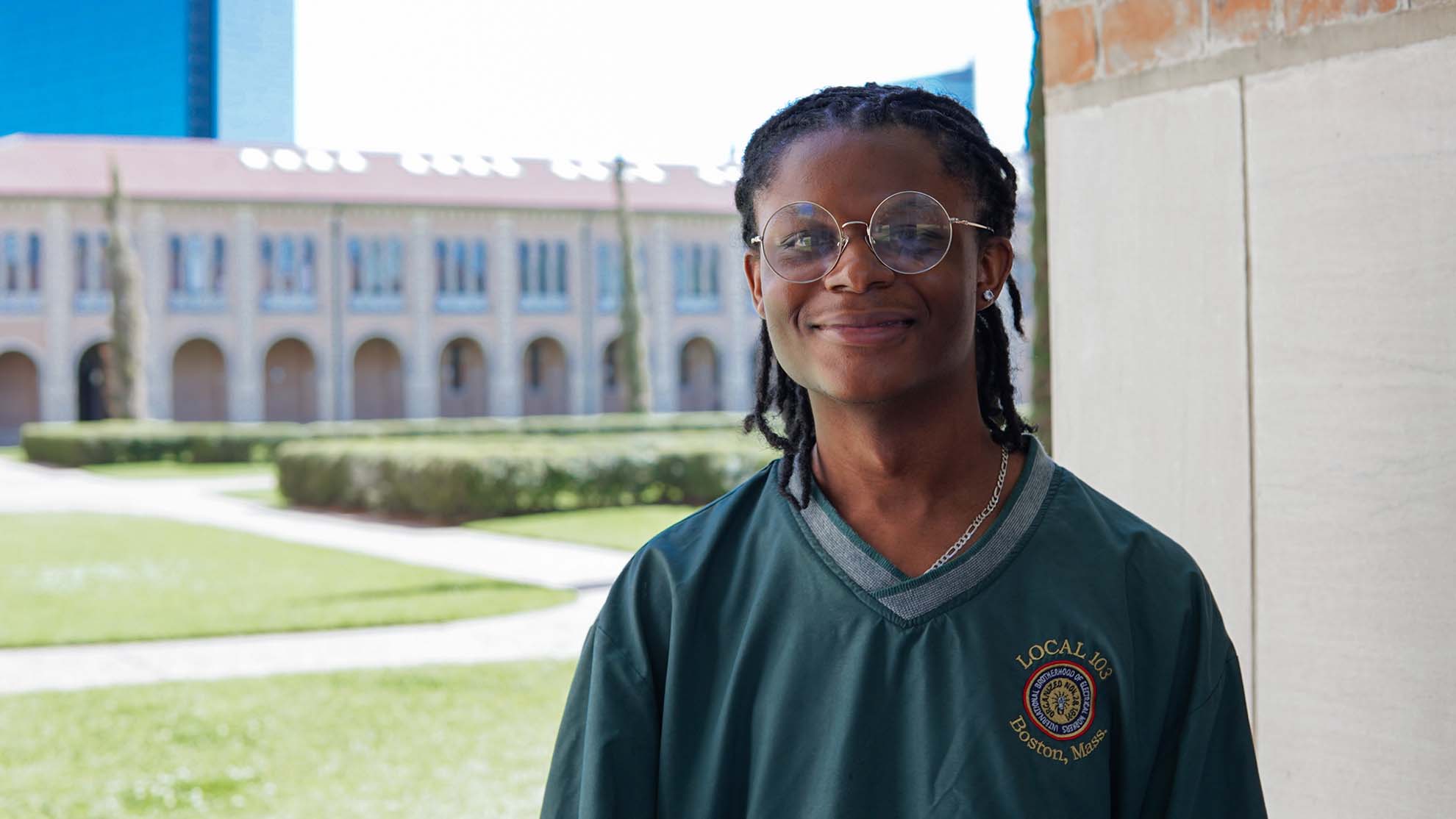 Johaun Hatchett, a first-year doctoral student in applied physics Rice has been named GEM Fellow by the National GEM Consortium.

The program is a joint effort of the School of Natural Sciences and the School of Engineering. Hatchett earned his B.S. in physics from MIT in 2021, and this year joined the Nanophotonic Materials Laboratory of Gururaj Naik, assistant professor of electrical and computer engineering.

“Since I have done a lot of research on efficient-energy conversion and smart grids at MIT,” Hatchett said, “I thought our research goals were well-aligned. I also picked up an interest in sensors after learning that a new class of sensors may be designed based on the principles of non-Hermitian physics, which in a lot of ways is related to the formalism of quantum mechanics — my favorite discipline in physics.”

He hopes to inspire the next generation of black students to pursue academic careers, a goal that will be furthered by the GEM Fellowship.

“Growing up,” he said, “I was always passionate about physics but was often disappointed that there weren’t many people who looked like me in the field. I knew I would become a professor of physics and a role model for other black students. The GEM Fellowship will help me give back to my community and inspire the next generation of black students to pursue careers in academia.”

GEM Fellowships are awarded to “underrepresented minority students who have either completed, are currently enrolled in a master’s in engineering program, or received admittance into a Ph.D. program directly from a bachelor's degree program.” They provide full tuition for up to five years and a $16,000 stipend for one academic year. Awardees are given a paid graduate-level internship for at least one summer. Hatchett will be interning at the MIT Lincoln Lab.

“This summer,” he said, “my internship will be with its Energy Systems group. My project will involve developing a custom algorithm to interpret and visualize data from sensors that monitor the spread of network/power outages in real time. I will also work on developing a peer-to-peer network so that these sensors can communicate with each other, and with a central machine that processes, stores, and sends the data to relevant parties.”