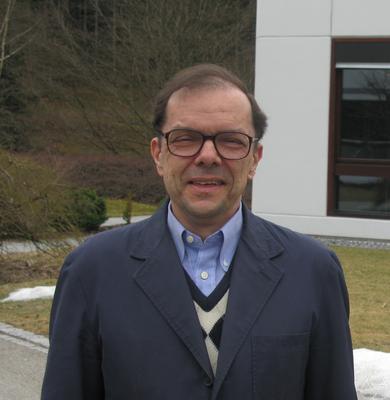 The 70th birthday of Athanasios C. Antoulas, professor of electrical and computer engineering (ECE) at Rice, in 2020 was commemorated with the publication of a Festschrift: “Realization and Model Reduction of Dynamical Systems, Springer Verlag.”

The volume was partly inspired by Antoulas’ fundamental contributions to system theory, computational mathematic, and in particular to model reduction and data-driven modeling and system identification.

The publication includes an introduction recounting Antoulas’ education, career, accomplishments and influence, especially in the field of model reduction. It is followed by 24 contributions from researchers who have worked with or were influenced by him. It was published in June 2022 and edited by: 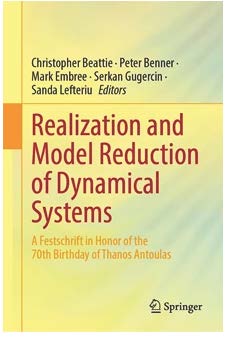 Gugecin and Lefteriu are Antoulas’ former Ph.D. students. Editor Mark Embree held a position as professor in the computational and applied mathematics at Rice from 2001 to 2013.

Antoulas received his Diploma in Electrical Engineering and his Diploma in Mathematics from the Swiss Federal Institute of Technology (ETH) in Zurich, Switzerland in 1975. He received his Doctorate in Mathematics in 1980, also from ETH Zurich, Switzerland. He joined the ECE Department at Rice in 1982.  He serves as Adjunct Professor of Molecular and Cell Biology at the Baylor College of Medicine and is a Fellow of the Max-Planck Society. In this regard, he heads the Data-Driven Modeling and Identification (DRI) Research Group, at the Max-Planck Institute for the Dynamics of Complex Technical Systems, in Magdeburg, Germany.