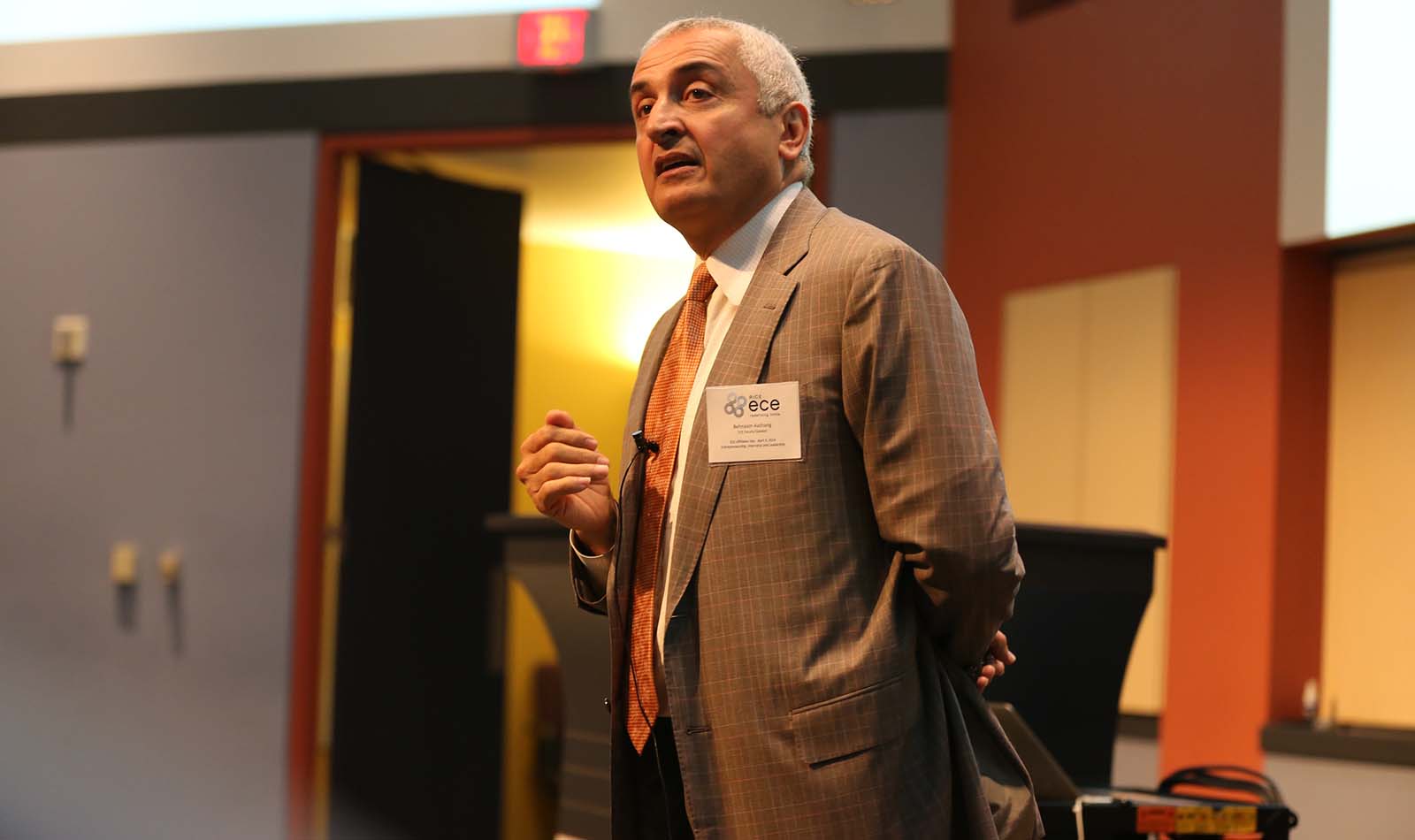 Behnaam Aazhang, the J.S. Abercrombie Professor Electrical and Computer Engineering (ECE), is the recipient of the 2022 Outstanding Doctoral Thesis Adviser Award. It is given “in recognition of the achievements of a faculty member’s doctoral students who completed all degree requirements during the last four years.”

Aazhang received his B.S., M.S., and Ph.D. in ECE from the University of Illinois at Urbana-Champaign in 1981, 1983, and 1986, respectively. He joined the Rice faculty in 1985 and serves as director of the Center for Neuroengineering, a multi-university research center in Houston.

I have served on many of Behnaam’s students’ thesis committees and have first-hand knowledge of the quality and depth of their work. Behnaam has a simple yet extremely effective advising style. He sets very high standards for the quality of each student’s work, and genuinely cares not only about its quality but about the well-being and success of his student, said Jacob Robinson, associate professor of ECE.

His research focuses on information theory, signal and data processing, dynamical systems, and their applications to neuro-engineering. He works to understand neuronal-circuits connectivity and real-time closed-loop stimulation of neuronal systems to mitigate a variety of disorders. He is developing a patient-specific multisite wireless monitoring and pacing system to restore function to diseased hearts, while developing algorithms for use in cloud computing and storage systems.