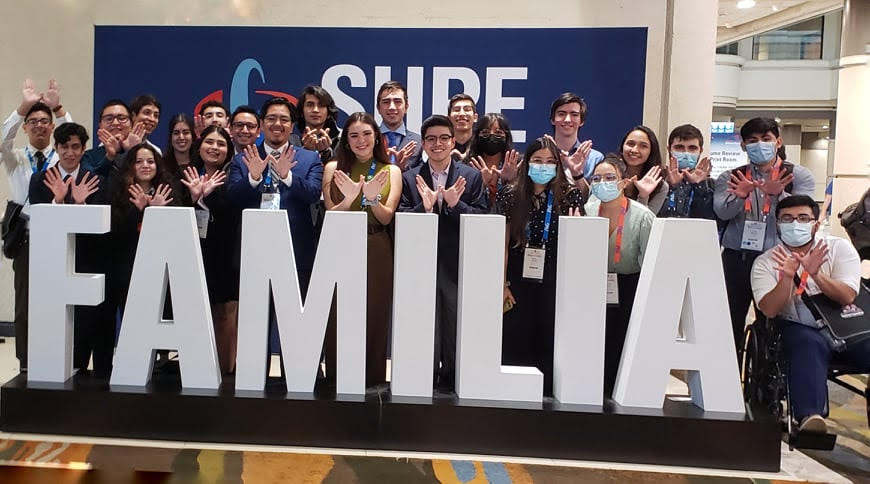 Through a Rice Electrical and Computer Engineering (ECE) sponsorship, 10 ECE students had the opportunity to attend the Society of Hispanic Professional Engineers (SHPE) 2021 National Convention and bring home the Blue-Chip Award and the National Chapter of the Year Award.

The annual SHPE National Convention is the largest gathering of Hispanics in STEM. It hosts educational workshops and competitions, provides networking opportunities, and holds career fairs and interviews with major corporations.

Forty-three SHPE Rice students attended the National Convention this year, comprising the largest contingent Rice has contributed to the event.

“It is often communicated to students how important these connections and experiences can be to future careers and opportunities, so the opportunity to participate in such a convention is invaluable,” said Andrés Mazas, President of the SHPE Rice chapter.

Founded in 1989 under the name Mexican American Engineers and Scientists (MAES) by former Rice student John Rodriguez and Rice Professor of Computational and Applied Mathematics Richard A. Tapia, SHPE Rice is a chapter in the Society of Hispanic Professional Engineers. The SHPE is a national organization that takes the lead in providing solutions to the socio-economic challenges that affect all Hispanics in STEM while also developing tomorrow's leaders today.